skip to main | skip to sidebar

I hope it goes without saying that I am thankful for more things than I can possibly ever express. 2008 has been the most exciting year of my life and things continue to progress. I have already received word that Project Compassion and I were awarded funding to expand our work with the "Finding Your Voice" project. More and more speaking opportunities are coming my way. The universe continues to convince me that I am on the right path.

How can I use this same phrase when I am expressing my gratitude for the families who lost a loved one and chose to help others despite their own pain with the gift of donation? How can I merely say "thank you" to my parents, my family and my friends who sat by me, took care of me and struggled to say goodbye too soon? What does "thank you" really mean to my healthcare team who has sacrificed countless hours to save the lives of people like me?

Somewhere, someday, I hope I discover a phrase that is more powerful and more representative of the passionate gratitude I feel in my heart for everyone who has made my mere breath a reality. "Thank you" just doesn't cut it but it's all I've got.

The Thin Line of Humor

This year I have had many healthcare professionals and students approach me to discuss the issue of humor when caring for a patient. They noted that I used humor in my talks and wanted to know how I felt about them adopting a similar lightness when doing their work.

It is undoubtable that some of the funniest moments in my life have come out of dark circumstances. I can think of many occasions where my mother and I were doubled over laughing about a hospital comedy of errors or the hilarity of my disgusting bodily functions.

With that said, I have come to find that when one chooses to engage a patient with humor, there is a very thin and unpredictable line that must be minded.

Midnight Mishap
A week after my first transplant I was taken out of ICU and put on a "surgery step down" unit. This meant that I had highly skilled nurses but I wasn't being constantly monitored and my nurse had around five or six patients to attend to, instead of the ICU nurse who only took care of me. I will breathing on my own but still very weak. I was unable to move without assistance because I still had four chest tubes in and those were attached to two large and cumbersome boxes.

One night, I woke up and had to urinate. I tilted my bed up in order to call the nurse for help. Somehow, the cord to the call bell had been wrapped around the bed rails in such a way that as the head of the bed tilted up the cord pulled out of its wall socket. I was in a corner room, far away from the nurses station. I was in the dark and had no way to get up or call for help. I was stuck and had a very strong aversion to wetting the bed, for obvious reasons.

My mind went into overdrive and I contemplated yelling out, trying to maneuver my IV pole and the two chest tube containers or picking a spot on the bed to wet. None of these seemed like a good or enticing idea. Suddenly, I was jolted with clarity and leaned over and picked up the phone. I dialed the hospital operator and asked for her to connect me to the nurses station in the surgery step down unit. The operator told me that was not a number they are authorized to connect to and she could not put me through. I calmly told her that I was a patient on that floor and that my call bell had been pulled out of the wall. In response to her shocked silence I whispered "and I have to pee."

The operator was emphatic in her apologies and hung up with me immediately to call the nurses station. Apparently, she had called the wrong one, one that was on the other side of the floor. After some arguing with the operator about how she did not have a patient with that name, it clicked that perhaps the nurse should check the other side of the building. Like a team of wild horses, nurses descended on my room in flash of panic and efficiency. The lights were on and I was safely in the bathroom within seconds of their arrival.

Coming out of the bathroom, I was met with several pairs of worried and searching eyes.
"Are you ok?"
"How did that happen?"
"I am so sorry."
With each apology, the reality of what had just happened hit me and I was hysterical. Hysterically laughing, that is. My laughter was soon contagious and we all enjoyed a good round of "Can you believe..." and "then she said to me..." and "remember when you said..."
It was a great moment of joy followed by days of recounting the indecent to everyone who entered my room. The story became a legend and we all benefited from its humor.
Sometimes crazy stuff happens in the hospital. Hopefully nobody gets hurt and it can serve as needed amusement.

Smurf You
One side effect of severe lung disease can be a blue tint to the lips and fingernails. A friend of mine was complaining about how sick she had become of the blue tint and how much she looked forward to transplant returning the color of her skin to its rightful pink.
In response to this, one of her friends decided to make a joke to cheer her up. She began to laugh and talk about how my friend was lucky because she looked like a smurf and that smurfs were really cute.
Sometimes, when things are really hard jokes just aren't funny. This was one of those times. My friend did not laugh and the awkward moment could have been cut with a chainsaw.

You Had to Be There
At some point after my second transplant, I had the brilliant idea that I should try writing a one-woman show about illness and dying. The catch? I wanted it to be a comedy.
I enrolled in a stand up comedy class where myself and seven other novices tried our hands at the most difficult performing art imaginable. I discovered quickly that I was not a natural comic but that didn't stop me from making life harder on myself by attempting to write and perform bits about wearing oxygen and alost dying. Yes, I'm nuts.
As I stood up week after week in front of my class of healthy bodied adults, I bombed over and over. Even when I thought the material was pretty hilarious the audience's response seemed to be complete shock and confusion. Is this funny? Should I be laughing? How can it be supposed to be funny when she's talking about dying?
After some painful nights of failed comedy it dawned on me: illness humor is completely an inside joke. The only people I have ever really been able to laugh with about being sick are my fellow sickies, my family and my caregivers. Otherwise, to the average healthy person, it's just terrifying.

What I Know Now
Because I now know that illness is an inside joke, I also understand that each person's illness contains it's own specific inside humor. Unless I know someone very well, I will not joke about their ailments. Sure, hemorrhoids might be ripe for the comedy pickings, but to the person dealing with hemorrhoids it's quite likely it won't feel like a laughing matter.
Err on the side of caution and keep the jokes to yourself. When you realize you are in the inner circle, then and only then will it be safe to make light of serious stuff. Some days it's true what they say, laughter is the best medicine. That isn't always the case, however. Sometimes crying is the best medicine too.
3 comments:

Tiffany
After spending over 30 years in and out of hospitals, it dawned on me: I've had a lot of practice being a patient! After getting my first lung transplant for cystic fibrosis, I was surprised to find myself waking up in ICU with another set of donor lungs only 4 years later. 6 lungs in one lifetime? That's a lot of lungs. Taking my patient experience and my love of pondering, I combined them to create a book, a blog and a speaking career. This blog started out as a place to share my book in progress. Now it is a place to share the progress of my life. I don't have a full-length lifetime to say everything I need to so move aside and let this sick girl speak! 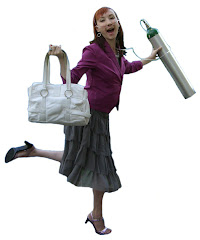 Entries on this site are the the possession of the author, all rights reserved.
Besides, if you steal my stuff, unless you have CF, have had two transplants and a boat load of other stuff done to you, nobody will believe you. Oh, and you would also be a big meanie.